Central Vietnam was a fiercely contested zone during the Vietnam War.
In Country Tours regularly receives requests from war veterans from the USA and Australia to plan travel itineraries in Vietnam with a focus on military history. Central Vietnam has much to offer.

Vietnam has a detailed and complex military history. The Vietnam War (1955-1975) was originally a conflict between North and South Vietnam, but escalated and involved other countries, most notably the USA. It is commonly referred to as the ‘Resistance War Against America’ or the ‘American War’ in Vietnam. In Central Vietnam, approximately 100km North from the former Imperial capital city of Hue, is an area known as the Demilitarised Zone (DMZ) – the official divider between North and South Vietnam. The areas South from this DMZ were the location of some of the fiercest fighting and battles of the Vietnam War. Here are some of the sites we visited with a recent guest.

The battle of “Hamburger Hill’ became one of the most well-known, and controversial battles of the war. The A Shau Valley is a remote area in Western Vietnam, near the border with Laos. It formed part of the ‘Ho Chi Minh Trail’ – a hidden supply route to transport troops and weapons through dense jungle and mountain ranges from North Vietnam to the South. The US Army attacked the site over 10 days of fighting, eventually capturing it but with a huge personnel cost (70 dead and 370+ wounded). The US Army abandoned the hill only 2 weeks later, and the media portrayal of the ‘waste’ of lives for a quickly abandoned post is considered a turning point for public opinion and reduced support for the war.

Highlight: meeting local members of the Pa Ko (Pacoh) Minority and hearing their tales.
Highlight: visiting the museum devoted to the effects of Agent Orange & understanding the damage it has caused. 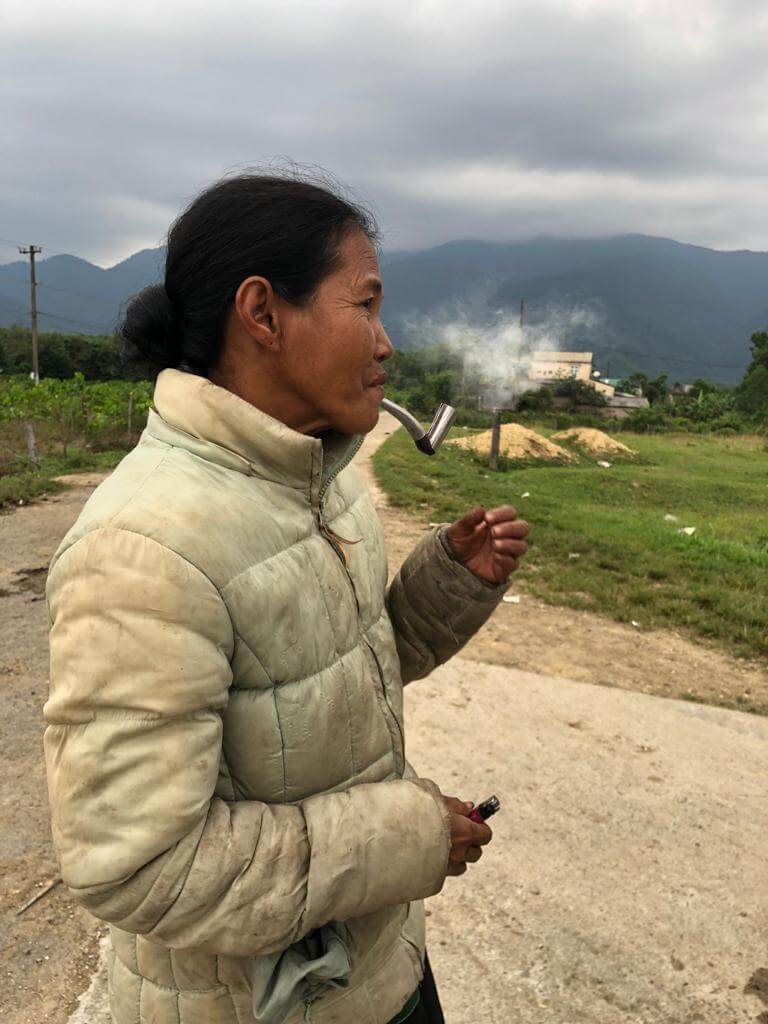 The Ky Anh tunnels near Tam Ky, are among thousands of underground passageways built across Vietnam throughout the war. At Ky Anh the system is 32km long, one of the three biggest tunnels nationwide. It served as a shelter from chemical weapons, and a logistics and military command base between 1965 and 1975. The 300-year old Thach Tan communal house served as headquarters for the local militia during the war, and doubles as an entry way into the tunnel system.

Highlight: meeting and talking with local war veterans, and local women who dug the tunnels. 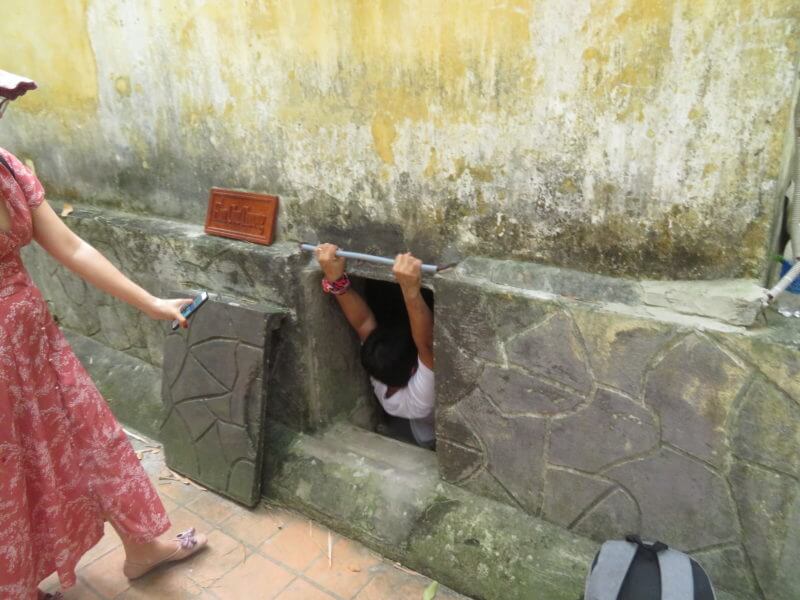 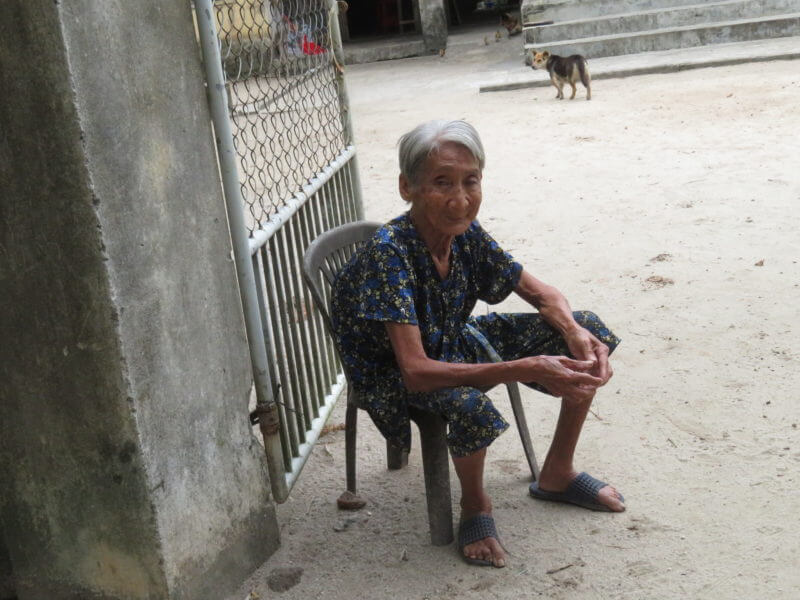 My Lai (Son My Memorial)

The hamlet of My Lai and surrounds (in Son My village) was the location of one of the most controversial events of the Vietnam War. On 16 March 1968, American troops set out on a mission to capture Viet Cong believed to be hiding in the local villages. Sadly, events escalated and several hundred civilian people from the local villages were killed in the operation. The publicity following this incident fueled public disapproval of the war and was another step towards the US eventually withdrawing and the Northern forces gaining control of Vietnam. Visiting the Son My Memorial and scene of the My Lai tragedy is a very emotional experience for anyone, and particularly so for US veterans from the war.

Highlight: meeting and talking with survivors about their experiences & feelings. 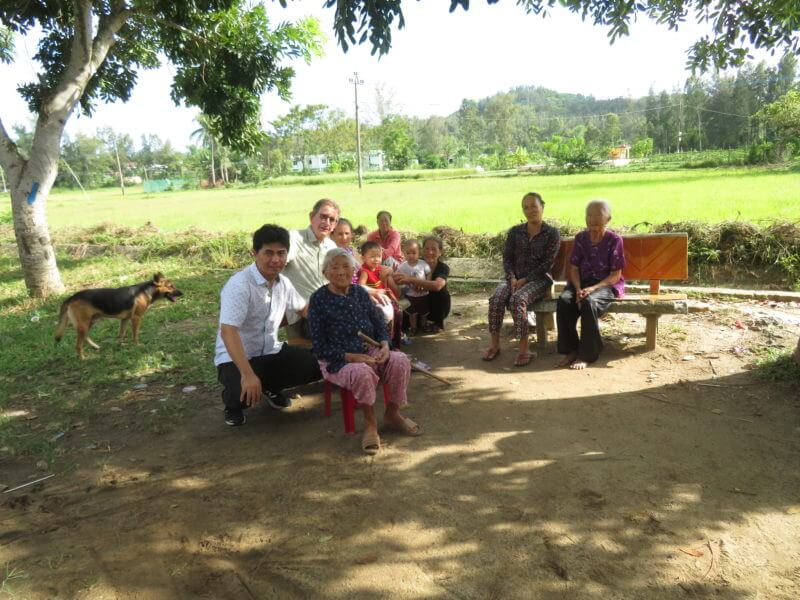 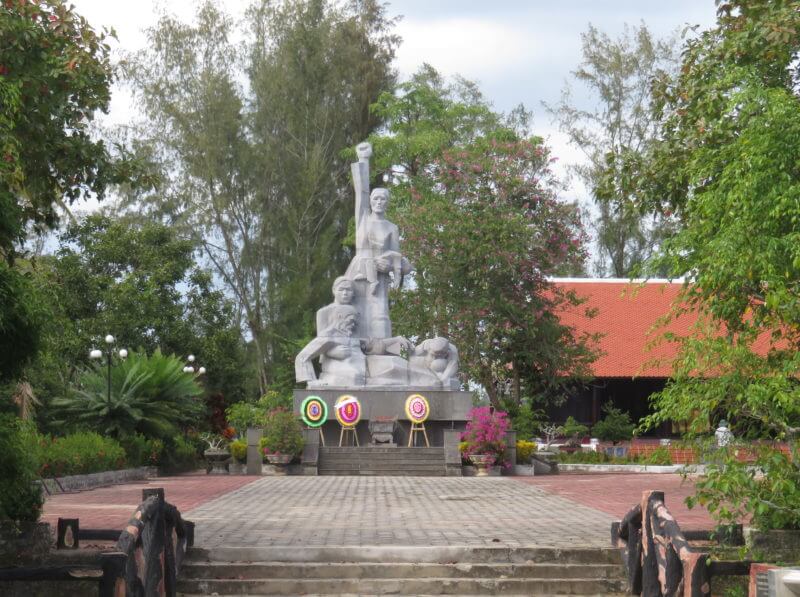 Military-history-based travel is often a very emotional and personal journey for our guests. Therefore, the guide’s main role may be as a translator to help the guest/war veteran meet with locals and communicate their feelings and messages back and forth. Interactions with local war veterans and survivors are often the highlight of the tour, more so than the sites, bomb craters, memorials or museums. This tour above included meeting locals in each location to hear personal stories and opinions.

Although Vietnam has sadly suffered for many years from war, it has many destinations ‘rich’ with military history, especially for the Vietnam War. For any visitors to Vietnam an interest in military history, ICT has experience, knowledge and understanding of this type of visit to make it a success.

Note: with this guest we also visited non-military places through Central Vietnam – have a look at the other stops here.

Contact us now to discuss your travel ideas and organise your next trip.