Exploring Cham History at My Son

Hoi An is a very popular destination for many visitors to Vietnam. It is well-known for its unique architecture, influences and history from many cultures, beautiful lanterns, and as a specialty destination for tailored-clothes. But another attraction lies deep in the surrounding jungle – My Son Sanctuary. 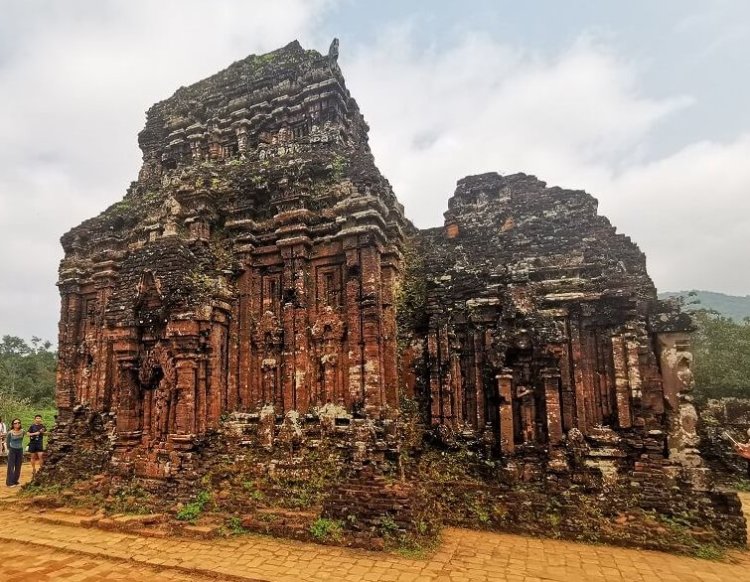 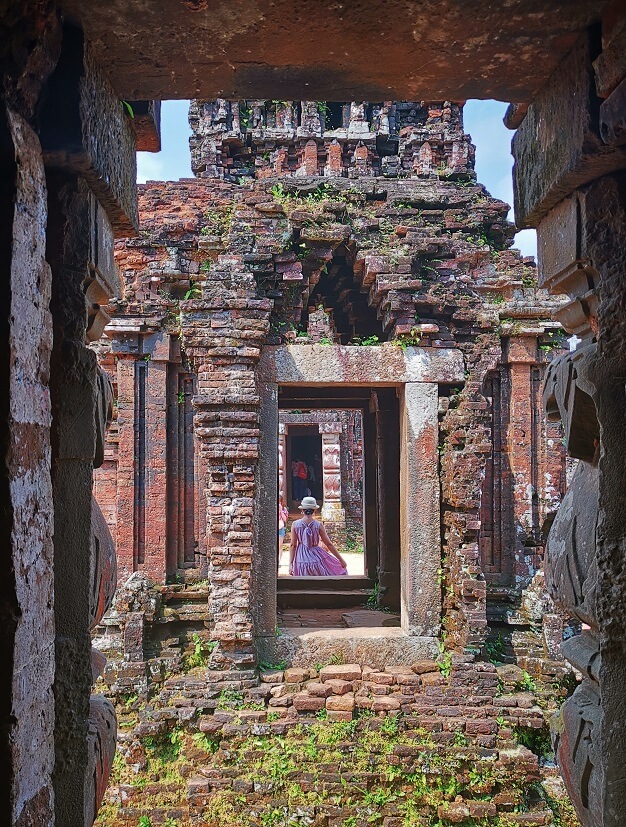 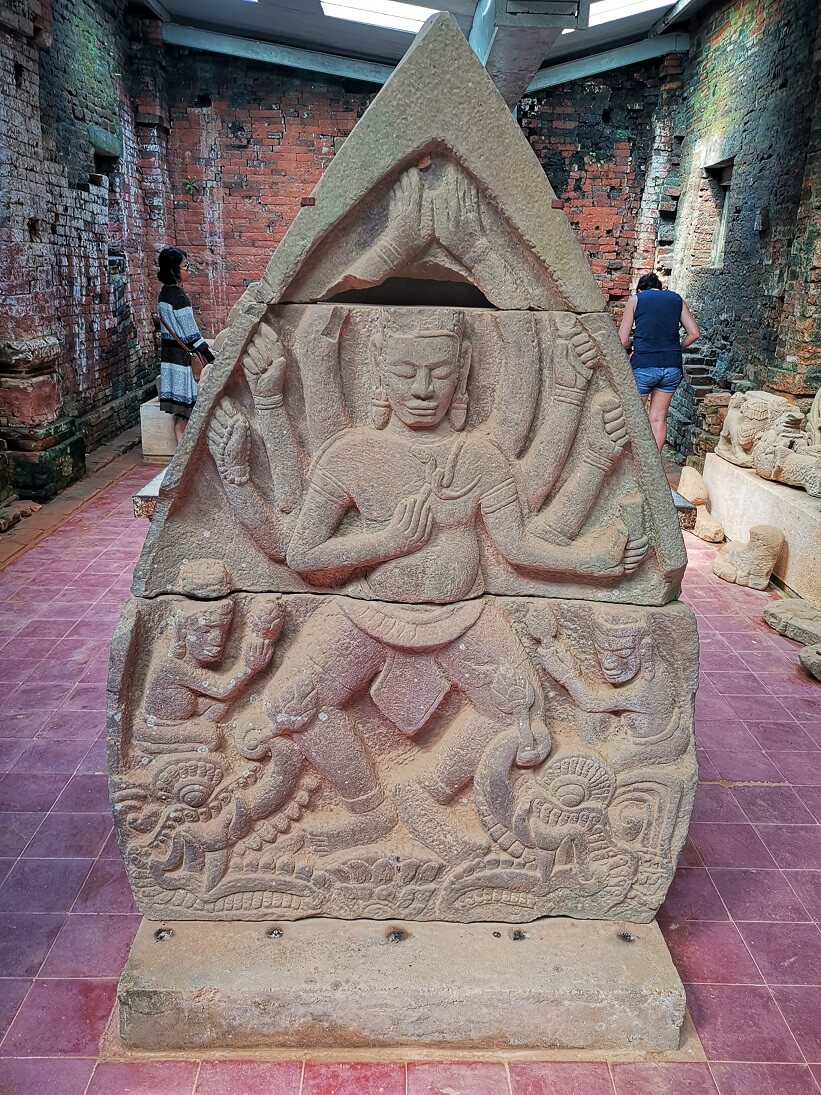 Who are the Champa/Cham people?

Firstly, a unique culture developed between the 4th and 13th centuries, along the coast of Vietnam, and into Cambodia and Laos. The Chams were a sea-faring and trading culture, and heavily influenced by Indian Hinduism. At its peak, the Champa Kingdom controlled the trade in spices and silk between China, India, Indonesia, and Persia.

What is My Son?

My Son is a group of partially ruined Hindu temples. The Kings of Champa constructed the site continuously over ten centuries. In addition, historians believe My Son was the religious and political capital of the Champa Kingdom for most of its existence. The Cham people dedicated the temples to the worship of Hindu gods and goddesses, and most noticeably Shiva. This is because the Champa Kings considered Shiva to be their protector. Significantly, this area was a site of religious ceremony and a burial place for Cham royalty and heroes. 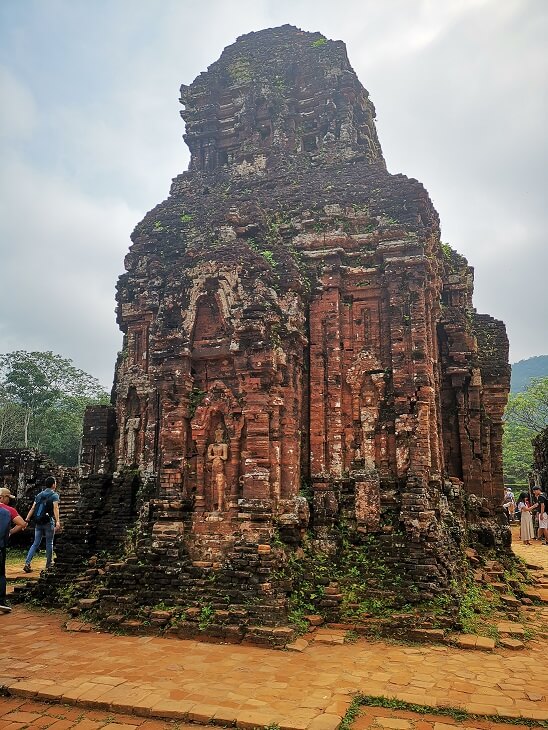 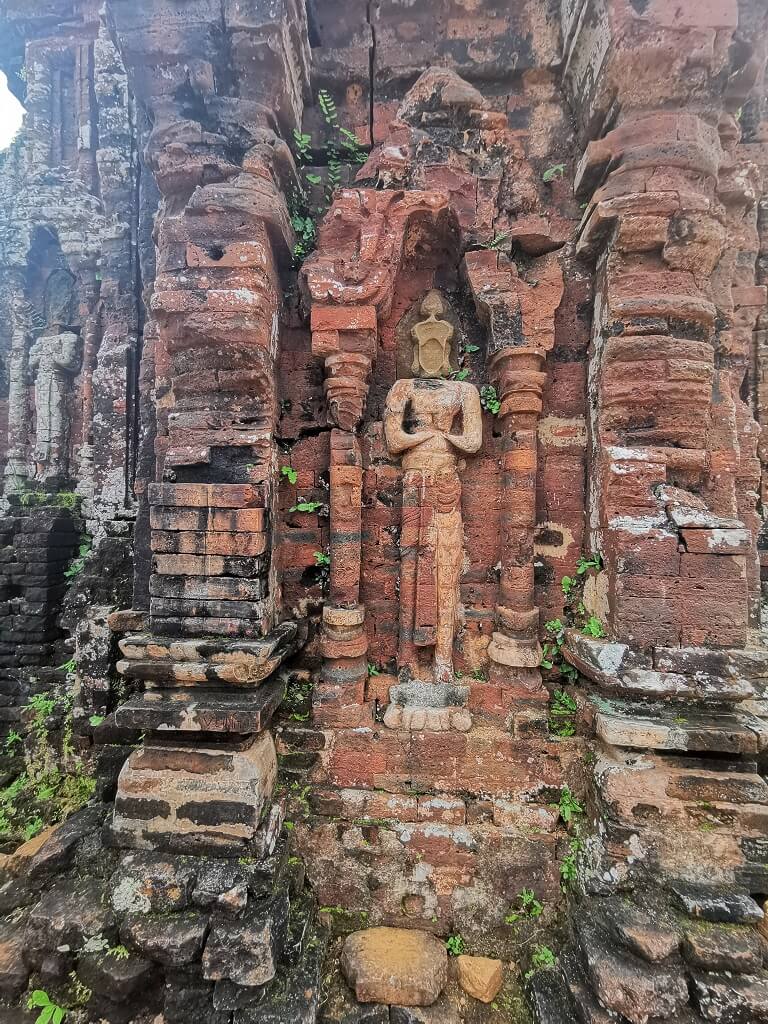 Previously, the My Son site consisted of over 70 temples as well as numerous stele with inscriptions in Sanskrit and Cham. Sadly, bombing during the Vietnam War destroyed and damaged much of the site. However, experts still regard My Son as one of the most impressive Hindu temple complexes in Asia. It is the longest inhabited archaeological site in Indochina. UNESCO has recognised it as a world heritage site since 1999. 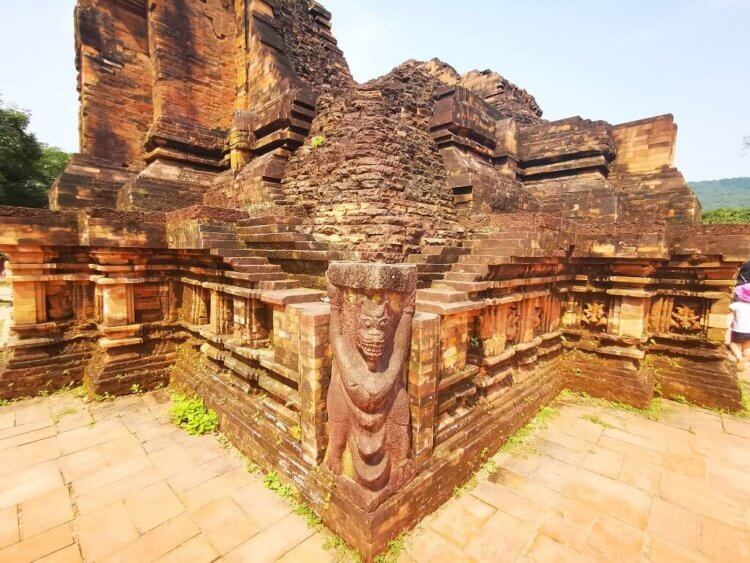 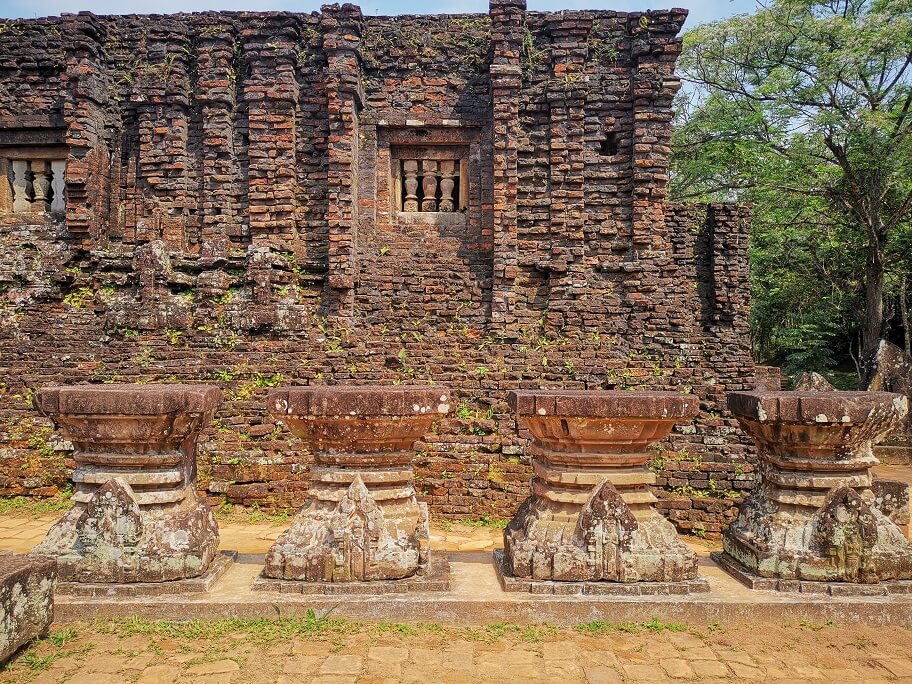 Where is My Son?

My Son is located in Quang Nam Province in Central Vietnam, 69 km southwest of Danang. Furthermore, the temples are in a jungle-filled valley roughly two kilometres wide and surrounded by mountain ranges. It takes approximately one hour to travel to My Son from either Hoi An or Danang. 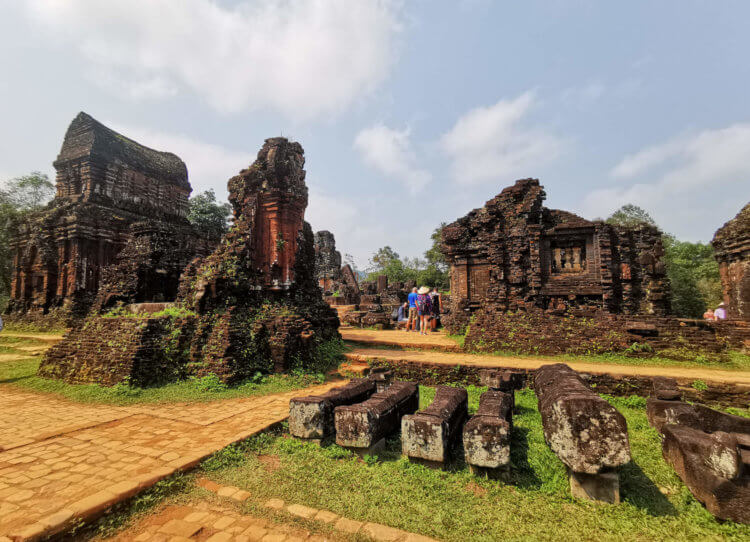 What Can You See There?

The impressive temple ruins feature many beautiful stone sculptures, temples and towers in tropical jungle surroundings. The Cham people’s skillful use of red bricks and sandstone is remarkable, and the monuments are unique and without equal in Southeast Asia. Lucky visitors can catch traditional Apsara-style dance and music performances. 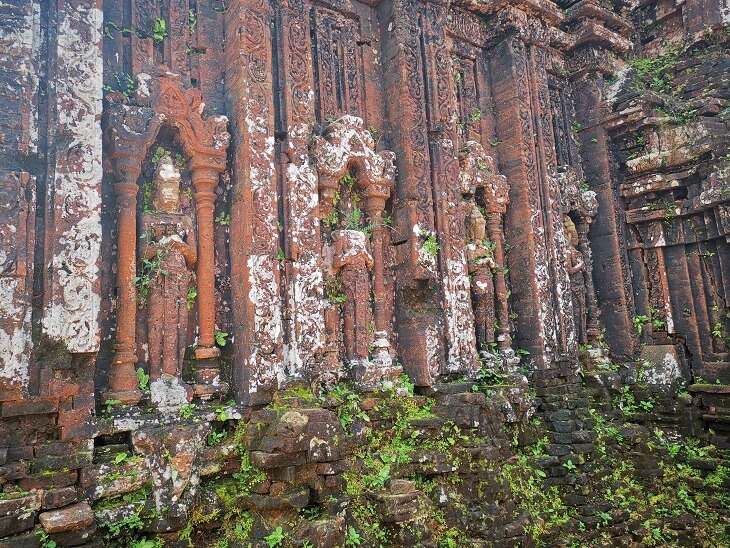 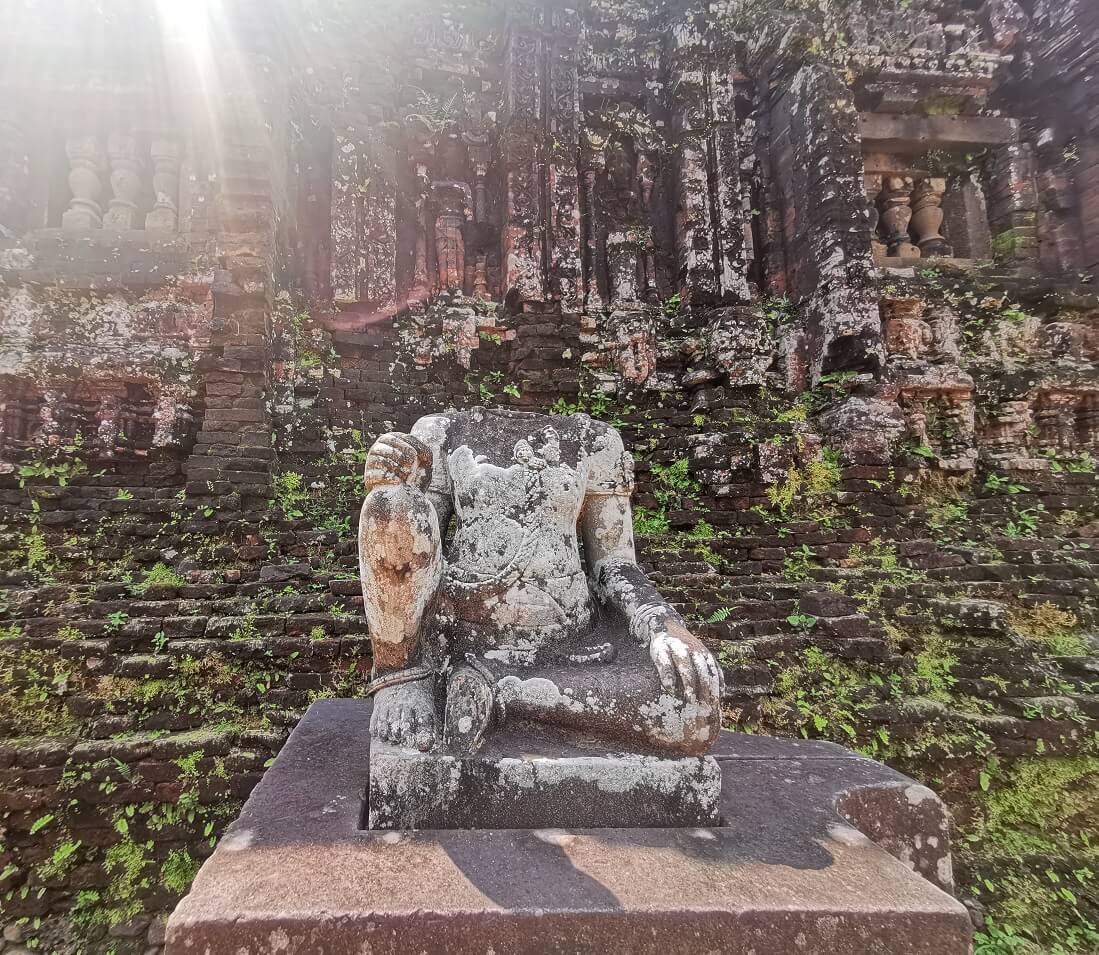 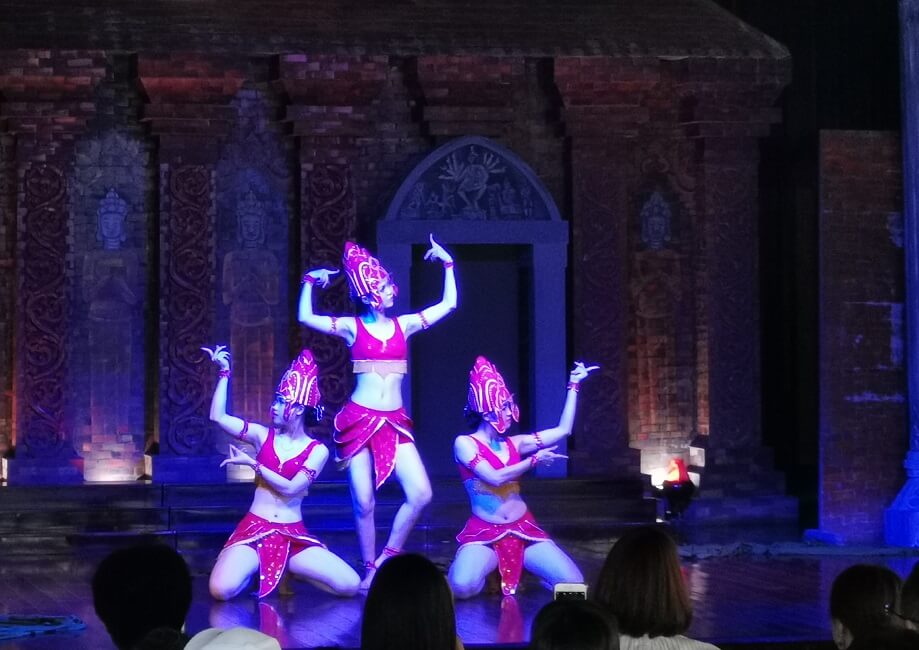 Apsara dancers at My Son

For more information about My Son Sanctuary or visiting Vietnam, please contact us now.

For more information on Danang and Hoi An, click here.