In Country Tours recently hosted a guest on a military-history-focused tour through Central Vietnam, visiting significant sites from the Vietnam War including the Ky Anh Tunnels, A Shau Valley and My Lai Memorial.  But the itinerary was also tailored to expeience much more. Here are some of the non-military places we visited and things we saw on our travels.

Hue is the former capital of the empire and is a well-known city in Central Vietnam. Princess Ngoc Son’s House of Worship is a garden house in the Hue Citadel, originally constructed in 1921 by Mr. Nguyen Huu to worship his first wife, Princess Ngoc Son. His descendants have been protecting, worshipping and preserving the garden house ever since, even though the surrounding area is ever-changing. The house is an example of traditional Hue architecture and follows Buddhist and Feng Shui principles.  The present owner, Phan Thuan An, is an ex-History Professor and an expert on Hue culture and architecture. A direct descendant of the Imperial Court, Mr An is more than happy to share his knowledge with visitors. 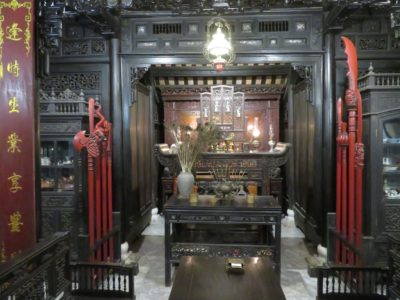 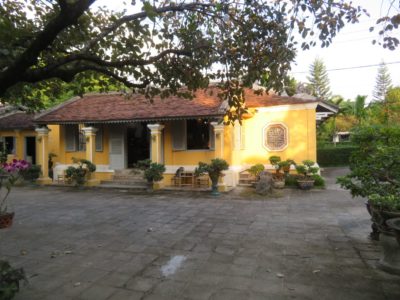 Lang Co is a very interesting small town in a stunning location. The town is built on a small strip of land between the ocean and a large lagoon. On one side is the beach with a river at one end and beyond that, the well-known Hai Van Pass and on the other is the lagoon with floating fishing villages and a mountain backdrop. Lang Co is beautiful, relaxing, and has amazing, fresh-seafood restaurants! With this guest, ICT organised a boat trip on the lagoon to visit the fishermen and see the floating fishing villages up-close. 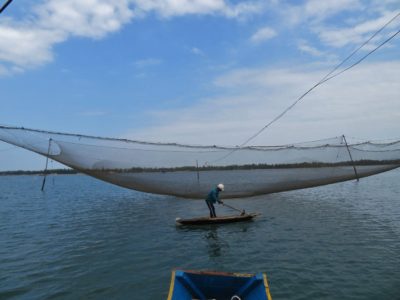 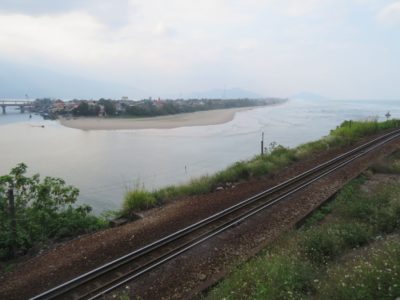 “A deserted ribbon of perfection – one of the best coast roads in the world”. This is how Jeremy Clarkson described the Hai Van Pass in his show Top Gear. This road winds its way along the side of the mountains on the main route from Hue to Danang & Hoi An, with breathtaking views of Danang on one side and Lang Co on the other. Named after clouds and ocean, the Hai Van Pass is often covered in cloud at the peak. With kilometres of steep inclines, hairpin turns and views for days, everyone should travel this route at least once! 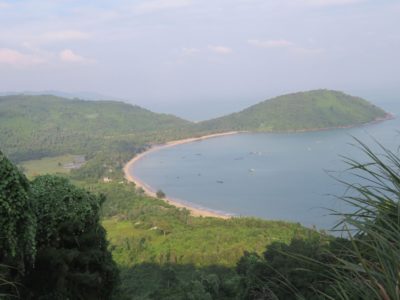 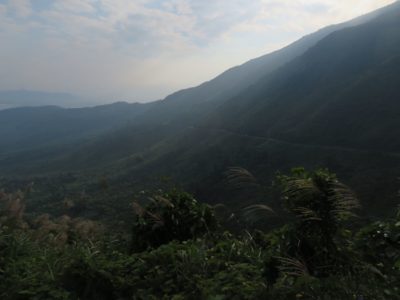 Danang is the third largest city in Vietnam with all the comfort and luxuries of Hanoi and Ho Chi Minh City, but with the extra bonus of the milder Central Vietnam weather, and some of Asia’s best beaches! The city was a welcome destination after some days on the road visiting some of the more remote locations. Danang has many more highlights than just the beaches, including a series of incredibly designed and lit bridges such as the colour-changing and fire-breathing Dragon Bridge, Ba Na Hills and nearby Hoi An Ancient Town! Click here to see more about Danang & Hoi An. 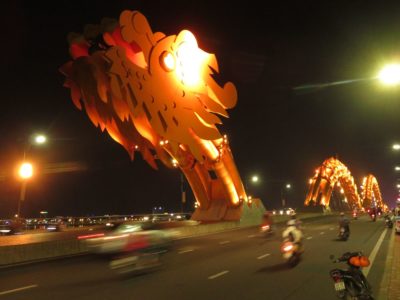 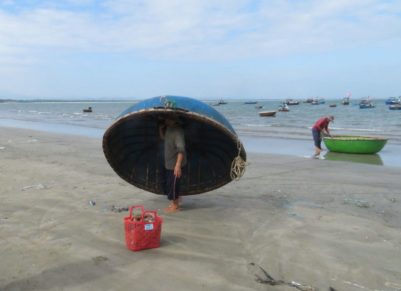 Tam Hai Island and fishing village is home to approximately 8000 people and has been recently been transformed by a community art project. In 2017, local college students began painting colorful murals on walls of homes in the village to attract more visitors to the area. Many of the paintings feature marine species and images of the island’s fishing lifestyle with the aim to raise awareness of environmental protection. We met some of the residents including some locals with captivating stories from the time of the Vietnam War. 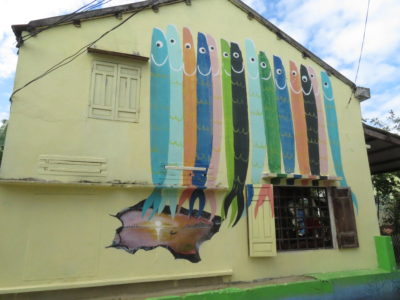 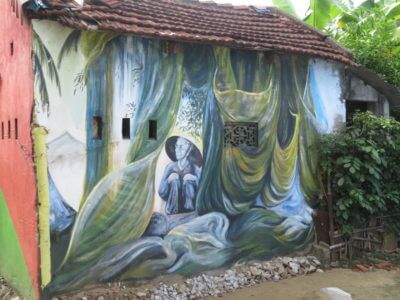 These locations and many others can be visited during a trip to Central Vietnam. This particular tour also visited a number of military-history sites from the Vietnam war (click here).

For information and enquiries about your Vietnam visit, please contact us.